See the seeds of opportunity in your painful experience. Develop the courage to nourish them. -Robin Sharma

Bouquets and laughter. Perspiration and tears. Dresses and tuxedos. Friends and family. Champagne and kisses. It was going to be a perfect day…

I was happy and nervous while I helped to zip the back of her beautiful blue dress. Blue was her favourite colour. I gently applied makeup to her face and told her she was a beautiful bride. She smiled nervously and told me to hurry up because she didn’t want to arrive late for the ceremony. “Which bride says that?” I thought aloud.

I remember her walking down the aisle looking breathtakingly beautiful. With tears playing along my eyelashes, I smiled and cheered her on. Within minutes, she transitioned from a Miss to a Mrs. Family and friends. Laughter and love. This was the epitome of perfection.
Five days later, she celebrated her birthday. I called, and I sang my heart out wishing her a happy birthday. She laughed her familiar laugh and said, “Thank you my daughter.”

2 weeks later…
I had just arrived home from camp after a long but fulfilling week with the youths. After a week of bunk beds, sharing a room with up to 10 people, and a washroom with over 30 persons, it was a relief to be home. I had never been so excited to see my bed. I hugged her so tightly, refusing to get up to greet the shower. The familiar ringing of an iPhone interrupted my reunion. I mumbled to myself, “Who a call mi now!” [Who could be calling me now].

“Kayla, I’m going to be admitted into the hospital on Monday. My doctor found a tumor on my liver and I’ll be doing a blood transfusion.”

I tried my best to hold back the tears but I couldn’t. So many things were going on behind the scenes in my life the past few months: depression, anxiety, brokenness, betrayal etc. It was a long list-and then this. The floor welcomed me with open arms as I fell to my knees crying. After a few minutes, I recuperated somewhat and started asking further questions. I cried. Then I cried some more. “God, haven’t we been through enough?” And with that unanswered question, I drifted off to sleep.

The next few days were filled with conversations with the newly wed who was supposed to be on her honeymoon but instead lay in a hospital bed. I finally went to see her, and with every strength I could muster, I tried not to cry. How do you respond when your protector, provider, nurturer, and even friend who has been there for you every single time for over 2 decades, suddenly starts leaning on you for strength? With every courage I could muster, I told her that I would be strong for her as she had always been strong for me.

“When I was weak, she was strong for me. When I lost faith, she had faith for me.When I cried, she wiped my tears. When I was impatient, she was patient.When I gave up, she kept fighting.”

I found myself doing for her what she had always been doing for me. I prayed. I fasted. I worshipped. I believe that my Creator can do miracles. For the first time in my life, I found myself having unnatural faith. We were going to beat this thing. Many folks had done it before. So, the next few days, we spent time over the phone. I prayed for her like she always did for me. I encouraged her. She told me how proud she was of the woman I was becoming and that I was going to do great things in life. I didn’t like the sound of it because it sounded like goodbye and we were going to see a miracle, right? Wasn’t Christ wounded for our transgressions and by His stripes we are healed?

I believed.
She was finally discharged. I was elated. I was going to see her in a day. However, because of circumstances beyond my control, it was delayed for an additional 4 days. She was disappointed at this news. “I was really looking forward to seeing you but I realized you didn’t come.” I explained to her what happened. “Okay, take care my daughter,” she said. “Okay. Bye.” I whispered, fearing she would hear the cracks in my voice. My inside was ripping apart. That conversation sounded too final. Na, it couldn’t be goodbye. Not yet.

The familiar iPhone ringing woke me up from my sleep. “Kayla,” her husband said on the other line. “Your mom is gone. She just died.”I bolted up. “No, no, no, no, no!” I screamed. I fell onto the ground like a child throwing a tantrum. I screamed. Rolled, Kicked. “God whyyyy? Why me? Why us? You know she’s all I’ve got. Why? Why?”

It was a cold night. Dark. Physically, I was alone, but oddly I felt as if an army was in that room. Hovering. Watching. Protecting. Comforting. In the still of the early morning, I lay on the cold floor. Eyes swollen. Nose stuffy. Phone ringing. Slow breathing. Waiting to wake up from the nightmare. I had no more fight left in me. I was tired. I was gracefully broken. 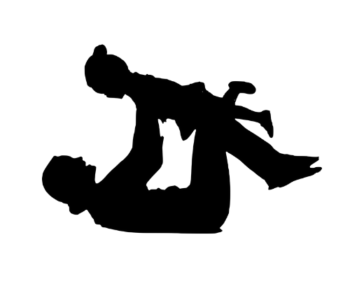 A Letter to My Beloved…